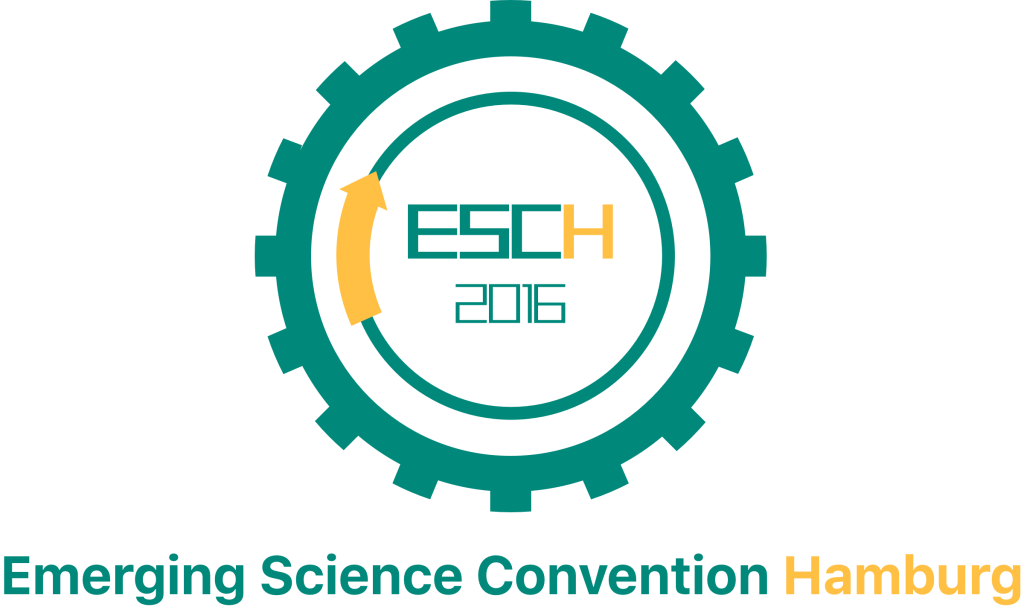 From November 24 to 26, the Nachwuchsgruppe Life Science Hamburg along with its cooperation partners, the PIER Helmholtz Graduate School and the Deutschen Jungforschernetzwerk – JuFORUM e.V. invited to join for the first Emerging Science Convention Hamburg (ESCH) at the German Electron Synchroton (DESY) in Hamburg. The event emerged from the Biotech Convention 2015, aiming to present new developments in the field of Biosciences.

About 70 participants from all over Germany arrived at the DESY on Thursday afternoon and firstly had the opportunity to get together and meet student and colleagues, before Robert Blick gave an insight into how Nanostructures can be used in DNA-Sequencing within the first lecture of the event. The kickoff was followed by the lecture of Stefan Hell, who explained the principle of STED-Microscopy, which he himself had developed and been awarded with the Nobel Prize in Chemistry in 2014. Moreover, he portrayed his career and shared his impressions of the Nobel Prize Ceremony with the participants. The lectures were followed by the Conference Dinner, during which participants and speakers could come together in a relaxed atmosphere and get into conversation over Indian food.

The following Friday started far from the lecture hall. Most attendants had signed in for a tour across the DESY site and, after an introductory film, were given a guided insight into various areas. At the same time, some participants took the opportunity for a small group discussion on Ethics and faith with Martin Stelzle over breakfast. After lunch Tobias Spielman discussed new methods to study Malaria pathogens. Following that, all participants, who were presenting a poster, had the opportunity to awake interest in their topics, before the actual poster-session, accompanied by coffee and cake, began, in which the posters of Hamburg’s and Munich’s iGEM-Teams, as well as five more posters on various topics, could be seen.
In the second part, Ingra Mannhardt gave a lecture on Tissue Engineering of Heart Muscles and their meaning as test systems for medications. Furthermore, Laith Kadem introduced a surface coating, with which cell adhesion can be influenced light-induced. Finally, there were mulled wine and hot dogs to round off the day in a cozy gathering – an offer, which was happily taken. 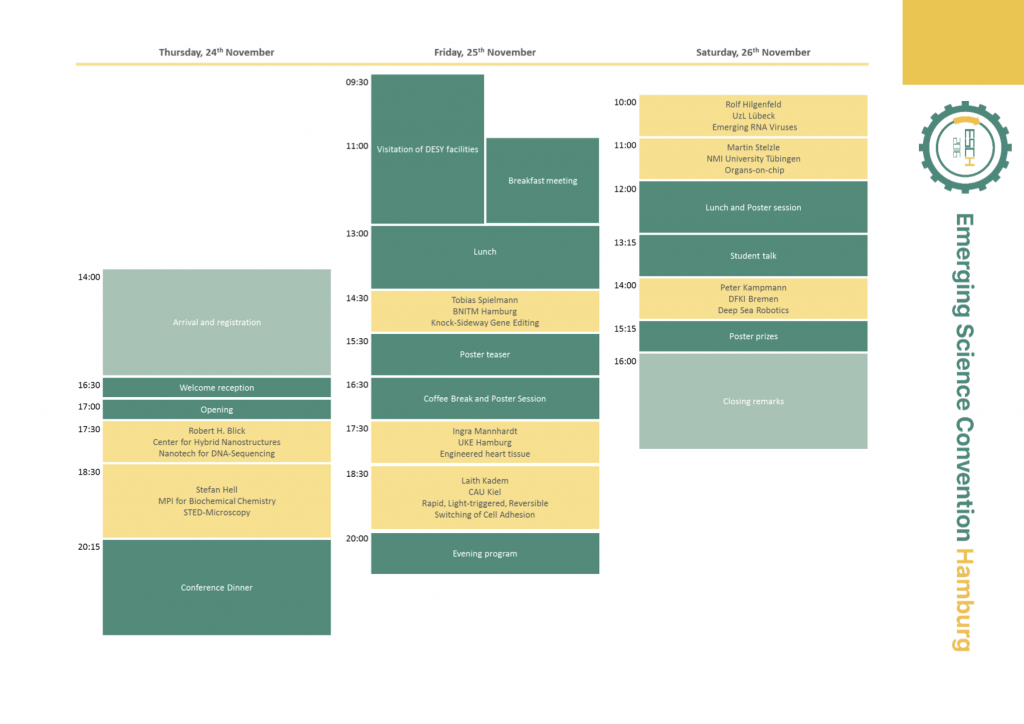 The Saturday was opened by Rolf Hilgenfeld, who gave a lecture on new viruses and viral proteases as a starting point for therapeutics. Following that, Martin Stelzle gave a talk on “Organs-on-a-chip”, a form of cell cultures, that can visualize the in-vivo-conditions significantly better than conventional cell cultures. During lunchtime, all participants once again got the chance to get into conversation with the authors at their posters. The Student Talk took place after lunch break. Parisa Bayat presented a way to detect single DNA-Molecules in real time and Peter Kampmann discussed various problems and initial solutions of deep sea robotics.

And finally, Mia Rudolph could rejoice being awarded with the Poster-prize for having designed the best poster. A brief closing speech later, all participants could eventually start their well-deserved weekends.

AAs the organizers of the conference, we want to take this opportunity to express our appreciation and gratitude for all those, who supported us in terms of organization and financing: The PIER Helmholtz Graduate School, the  German Network for young Scientists – juFORUM e.V., the Joachim Herz Foundation, die Claussen-Simon-Foundation, altona Diagnostics, Biomol, jobvector, Lehmanns Media and of course the GBM. Without this assistance, the ESCH would not have been feasible. Moreover, we give our thanks to all participants. We hope to see you all again next year at the ESCH 2017! 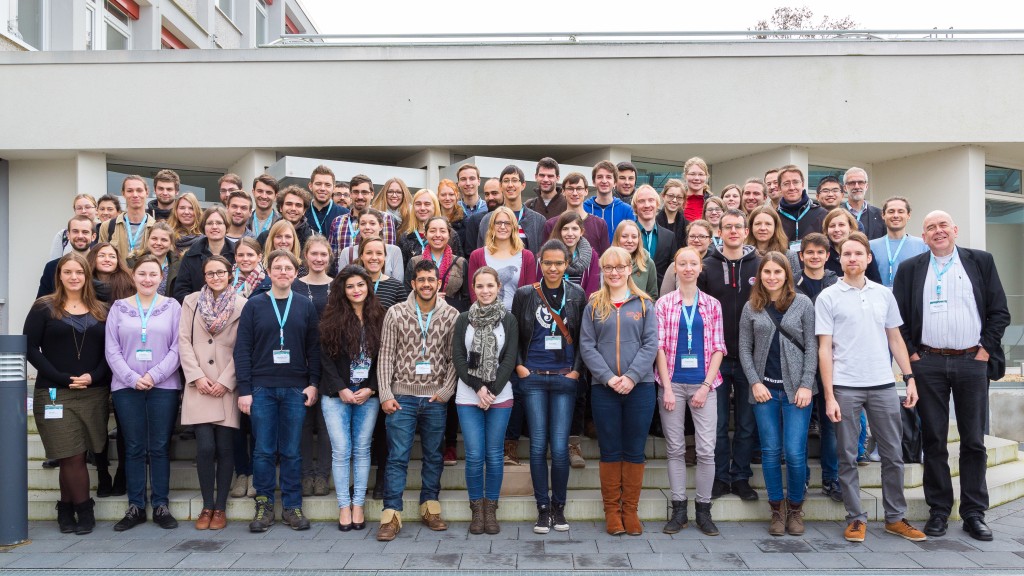 Paticipants of the ECH 2016 on front of the main building of DESY. Foto: Jan von der Heyde.

We want to thank the following partners for their generous support: 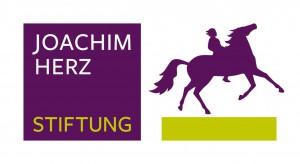 We want to thank Alain Dechtjar und Sandra Luu for their kind support. They have put tremendous effort and work into the design of our posters and flyers.